We provide financial support to foreign buyers seeking to buy Turkish goods and services with regard to the projects undertaken by Turkish contractors or vessels built by Turkish shipbuilding companies.

What is the International Project Loans?

What are the conditions? 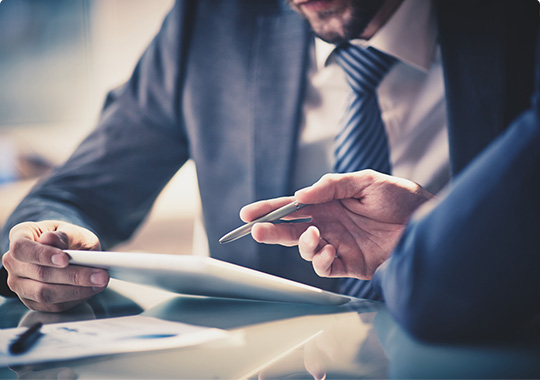 Would you like to have a look at the projects we support?

? Did you not find the product you look for?

Let's decide together what is your need from the wide product range of our bank. you just need to share your contact information with us to get support from our specialists.

International Project Loans is available for overseas contractors and shipbuilding companies established according to the Turkish Commercial Code.

We require contractors have an Overseas Contracting Certificate (permanent or temporary) issued by the Ministry of Environment and Urbanisation of the Republic of Türkiye. Click here to get more information.

We expect the foreign borrowers (ministries, institutions, entities or banks) to apply for the loan.

We require the application letter to contain the requested loan amount, collaterals and information of the project to be submitted by the borrower. In addition, we request “the Contract” signed between the buyer and the contractor and the "pre-feasibility report" indicating the export of goods and services to be realized from Türkiye be annexed to the application letter.

Following the loan application, we require the documents below:

Follow the seven-step process from application to loan disbursement to understand how it is done:

Our terms of financing are determined on a case by case basis. We provide financing on commercial terms according to the OECD Arrangement on Officially Supported Export Credits.

Repayment terms: We provide support for the projects with payback periods longer than two years under the International Project Loans.

The maximum repayment period is often 10 years for infrastructure and superstructure projects while there may be some exceptions according to the OECD Arrangement.

Interest rate: The interest rate can be available with fixed or floating (LIBOR / EURIBOR + margin) rates. The pricing depends on the maturity and cost of funding at the time of the commitment.

Risk premium: It is mandatory to collect a risk premium which is calculated according to the current risk perception of the buyer country and the borrower due to the OECD Arrangement. The risk premium can either be paid upfront by the borrower or added to the loan amount as a result of the borrower’s choice and/or the nature of the transaction. (See Risk Premium Calculator)

Commissions and expenses: Rates are determined on a case by case basis and paid by the borrower.

Commitment Fee: Calculated over the unutilized portion of the loan and paid semi-annually during the availability period.

Additionally, the costs and expenses (including legal fees) in connection with the negotiation, preparation, printing and execution of the facility agreement are compensated by the borrower.

Other expenses: In case we require a site visit during the construction period of the project, the relevant costs and expenses (including the fees to be paid to the consultants) are compensated by the contractor.

What is the International Project Loans?

International Project Loans aims to support to the foreign buyers seeking to buy Turkish goods and services with regard to the projects undertaken by Turkish contractors or vessels built by Turkish shipbuilding companies.

Who can be the borrower?

Public institutions, entities and or ministries authorized to borrow in the name of the state and the reputable banks (public or private) located abroad can be the borrowers under the International Project Loans.

What kind of projects will be financed?

Our financial support is available for the exports of Turkish goods and services regarding;

What is the maximum amount of the loan?

Exports from third countries cannot be subject to our financing. However, we can provide support up to 100% of Turkish exports of goods and services, which will not exceed 85% of the total exports from Türkiye and third countries (Export Contract Value).

We can determine our financing amount depending on the Turkish and third country exports together with the local costs indicated in the feasibility report.

How are the country limits determined?

The limits are determined based on the OECD Country Risk Classification. Countries of operation and the limits to be assigned to these countries are determined by the Council of Ministers of the Turkish Government annually. (Please click here to get a list of Country Limits List.)

How are bank limits determined?

We determine the bank limits as a result of the analysis of the financial statements of the banks who want to the borrower. Once they meet the necessary financial qualifications, we allocate the limits to the banks and we support the projects within this limit.

How is the risk premium calculated?

The Risk Premium is calculated according to the risk situation of the borrower’s country and the borrower. The payment of the risk premium can be made as a maturity, depending on the preference of the borrower or by adding it to the amount of the loan. You can easily calculate your premium in here.

Depending on the request of the contractor, the letter of intent can be issued in two different forms: with an annexed term sheet indicating the tentative financing terms or without a term sheet. Letter of intents with a term sheet have a validity of 3 months while those without term sheet are valid for 6 months.

Please complete the fields below for your request or questions about this product. Our units will provide return as soon as possible.

Your message has been successfully sent. Thank you for your interest.
There was an error sending your message. Please try again later.

Did you not find the product you look for?

Let's decide together what is your need from the wide product range of our bank. you just need to share your contact information with us to get support from our specialists.

Your message has been successfully sent. Thank you for your interest.
There was an error sending your message. Please try again later.